Precision Medicine: The Power of Personalization

The face of global healthcare.

Precision Medicine: The Power of Personalization 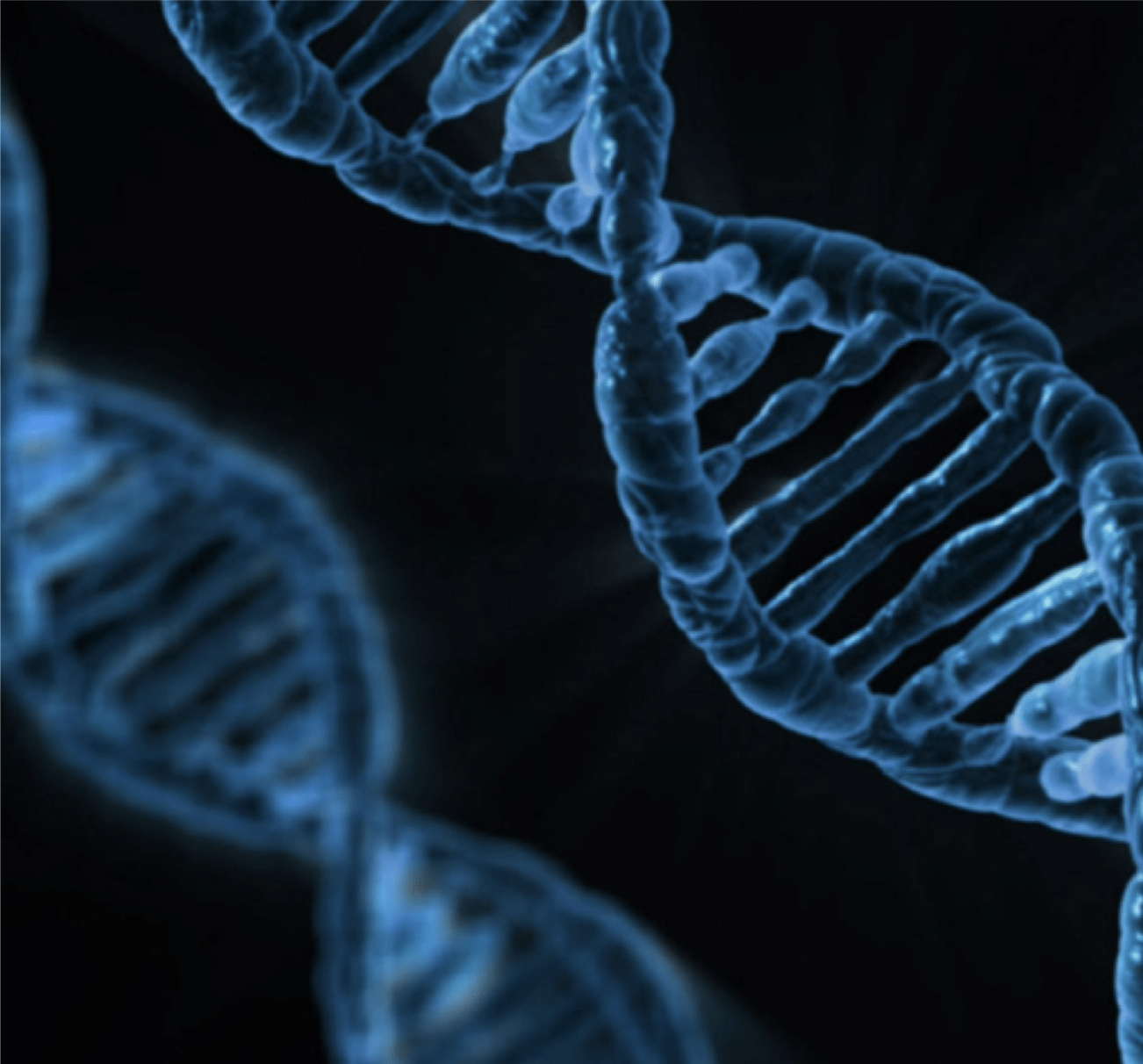 There’s an old axiom that all health care is local, but in the future it also will be highly personalized and the results may be astonishing. With the emergence of precision medicine, treatment is tailored to each patient’s unique genetic or molecular profile and condition.What’s particularly noteworthy, especially for self-insured employers, is the opportunity to prevent disease, improve clinical outcomes and reduce costs not only for group health plans, but also prescription drug benefits, behavioral health and workers’ compensation programs.

To allay privacy concerns, self-funded plans that take this customized approach, which features algorithms to predict risk and prevent disease, must comply with the Genetic Information Nondiscrimination Act. Some customized tools, including a pharmacogenomics test, can evaluate how hundreds of drugs interact with an individual’s genetic makeup and suggest an ideal clinical pathway for each patient.Their power is undeniable as more self-funded plans seek better control of rising costs and chronic illnesses.

Precision medicine tailors treatment and medication to an individual’s DNA and ideally takes into account factors that can influence one’s propensity for developing
a disease, explains Angelika Erwin, M.D., Ph.D., executive medical director of the CarePathConnect service who practices clinical genetics with the Center for Personalized Genetic Healthcare at the Cleveland Clinic.They include environment, exposures, nutrition and family medical history.

She cites evidence that the person’s genetic makeup plays a role with regard to their susceptibility to common disorders such as diabetes, hypertension and cardiovascular disease. Genetic testing can be used to personalize knowledge about risks for disease and suggest, for example, the most appropriate chemotherapy for various forms of cancer, she adds.This avoids side effects and efficient care, while also shortening the course of treatment.

Using a baseball analogy, one industry player surmises that medical science is somewhere in the top of the third of nine innings on precision medicine. His name is Tom Wamberg, CEO of Wamberg Genomic
Advisors, whose mission is to provide affordable genomic tests as a voluntary benefit for the average employee with a more costly version for executives.

It’s only been 17 years since there has been an ability to sequence the human genome, he explains. But having finally cracked the code on the genome, his sense is that all medicine eventually will provide genetic answers from a treatment perspective.

Wamberg envisions a future wherein doctor office visits feature a small machine that reads a patient’s DNA once a finger is inserted and immediately prints a data file.

That information, which sequences each individual’s genome and uncovers mutations based on 6.4 billion nucleotides, is then sent to a pharmaceutical company, along with an electronic medical record, that will customize a drug to treat the patient’s specific ailment.

As for today, he notes that a cancer genomic profiling test is currently available, albeit in crude form, which suggests some targeted treatment therapies from each individual’s mutations. Cancer most certainly is the operative word when it comes to applying precision medicine and the potential for improving outcomes and saving money is substantial.

As much as 28% of cancers are misdiagnosed in the U.S., according to Wamberg.“Genes aren’t your fate, but in many cases, they show you where your fate may go,” he says, noting that informed patients will make better health care choices.

With cancer drugs totaling $400,000 a year, any misclassification of a cancer type “becomes a huge cost and a danger to the patient,” Amir Trabelsi, co-founder and CEO of Genoox, recently cautioned in a MedCity News commentary.

David L. McKee, president and CEO of Family Care Path, Inc., worked with one insurance broker who traced 56% of stop- loss claims to cancer, adding that “stop-loss carriers are obviously interested in early identification so they never hit your stop-loss point.”
The difference between catching cancer in stage one or two vs. three and four can lead to substantial savings, he points out. There’s also a human toll associated with imprecise medicine. McKee, for instance, says “it’s sad when somebody goes through a chemotherapy treatment, and you find out later it didn’t make any difference based on their metabolic makeup.”

A related point he makes is that it’s worth investing a few thousand dollars in genetic tests designed to identify the precise combination of pharmacogenetics vs. having patients risk spending upwards of $20,000 to $60,000 a month for drugs with little or no efficacy.

The high cost of specialty drugs to treat a host of conditions represents an area where self-insured employers can move
the needle on benefits management in a substantive way. Brody Holohan, Ph.D., CEO of Genteract, says only about one-third of people respond positively to the arthritis drug Humira, which cost $40,000 for a 90- day supply, and two-thirds of them switch to a different arthritis treatment after taking the initial supply. His point is that “there are genetic determinants of that response, and we have identified some of them.”

Software is now available to make precision medicine scalable at the pharmacy benefit management level (PBM) so that more patients can benefit from this approach, according to Becky Winslow, PharmD, a certified pharmacogenomics educator and business developer for GENEious RX, LLC who also heads up clinical and regulatory operations for My1Lab.

But therein lies a dilemma: more precise medicine will reduce polypharmacy (defined as “the simultaneous use of multiple drugs to treat a single ailment or condition”), and by association, the number of Rx transactions, she explains.

The Food and Drug Administration (FDA) is pressuring drug companies to no longer produce medicines whose efficacy is unknown beyond white males for whom most medications on the market were designed,Winslow adds. “It just doesn’t make sense to keep producing drugs that don’t treat specific conditions,” she opines.“We’re at the point now with precision medicine where we can go in and edit your genes and cure you. The pushback for that is beyond description. There’s a lot of money to be made in sick people.”

While it’s anyone’s guess whether drug companies would charge more for scripts that are personalized for each individual, Wamberg still very much supports the idea of developing such highly specific drugs. He certainly agrees with Winslow’s assessment, adding that “the pharmaceutical industry makes a lot of money on drugs that are either overdosed or under-dosed, or they just don’t work, based on a person’s genome.”

Pharmacogenomics ensures patients receive the correct medication at the right dose and duration,Winslow explains. It can save significantly amounts of money spent on non-precise prescribing of ineffective medications with adverse reactions that she says average $30,000 for each hospital admission. She notes related costs to employers in the form of longer disability claims and decreased productivity.

After many years in the cancer realm, Winslow reports that precision medicine is now being applied to cardiology, as well as chronic conditions and medications. She also sees potential for treating chronic pain, the opioid epidemic and psychiatric issues.

Although everyone has a stake in precision medicine, Wamberg believes self-insured employers clearly have more of a vested interest by virtue of their own dollars being spent on treatment that may or may not work.

Precision medicine is gradually worming its way into self-insured plans. For example,Winslow notes that NVIDIA Corp. provides cancer diagnostic genomics for its employees to help prevent or slow onset of various deadly diseases and the damage they inflict.The company also extols the value of knowing one’s genetic status.Another early adopter is the Kentucky Teachers Association, which offers pharmacogenetics testing.

Knowing a patient’s family medical history can be a powerful tool for early detection of a genetic predisposition for cancers and increasing the chance of a good outcome, Erwin says. Preventative measures can be taken to completely avoid cancer, she adds, noting there’s a 90% chance that someone who is determined to have a mutation will develop cancer down the road.

In addition, Erwin says pharmacogenomics testing helps clinicians prescribe psychotropic medication to treat depression, anxiety and bipolar disorder, as well as pain medication. For some conditions, she says there’s evidence – though still in its infancy – that tying medication and dosage to genetic makeup “can make a huge difference” in health outcomes.

While the terms genetic and genomic testing are often used interchangeably without much distinction in the clinical field, Erwin describes the latter as all-encompassing and former as involving a geneticist or a genetic specialist.While genetics can help determine health status or risk for certain diseases or conditions, genomics can lead to a deeper understanding that results in more effective preventive measures or treatments.

A more useful comparison, she says, is between genetic testing and screening for any mutations.The former involves someone who already has a diagnosis, whereas the latter involves a healthy individual who doesn’t have any symptoms or a family history that would prompt a search for diseases. It’s also worth noting that lower prices, better interpretation tools and clinical improvements have fueled widespread use of screenings.

There has been an explosion in the number of genetic tests to about 60,000 different types, reports McKee, whose firm does genetic testing. But here’s the rub: since they’re not regulated by FDA, he suggests that employers seek guidance on which ones to conduct from one of the nation’s roughly 900 medical geneticists or 4,000 genetic counselors. In fact, he says a genetic counseling recommendation, along with providing family medical history, are two conditions that must be met for reimbursement of a genetic test.

Operating on the assumption that 5% of about 325 million people in the U.S. are at high risk and 20% moderate risk for developing some type of disease based on family medical history, McKee sees tremendous promise in precision medicine.

One timely application for precision medicine is for the self-insured community to wrest control of the opioid epidemic, which not only spikes medical costs, but also reduces productivity.“There are
ways to create algorithms that identify steps to prevent opioid addiction based on non-genetic factors,” says Holohan, whose firm mines genomic and focuses on interaction between an individual’s genome and environment as it relates to specific phenotypes.

In essence, machine learning could be used to detect patterns in a patient’s billing behavior that may be associated with risk for, or the presence of, opioid addiction. “At that point, it could be used to target interventions to either prevent or get that person help before it gets really bad,” he explains. Solutions may include a non-opioid painkiller or physical therapy program to eliminate the cause of pain rather than just treat the symptom.

While precision medicine may conjure images of medical perfection, it’s not necessarily a magic bullet.With sufficient data, time and resources, Holohan says that theoretically “it should be possible to create a system that understands enough biology to create correct predictions the vast majority of the time.”

The trouble is that “there will still be opportunity for people to mismanage the execution and always be some rate of malpractice,” he explains,“even if they have all the right answers and the machines are doing everything right.”

Still, the prospect of personalized medicine becoming a standard part of all treatment represents a compelling notion that the self-insured community will continue to track for years to come.

–-Bruce Shutan is a Los Angeles freelance writer who has closely covered the employee benefits industry for 30 years.